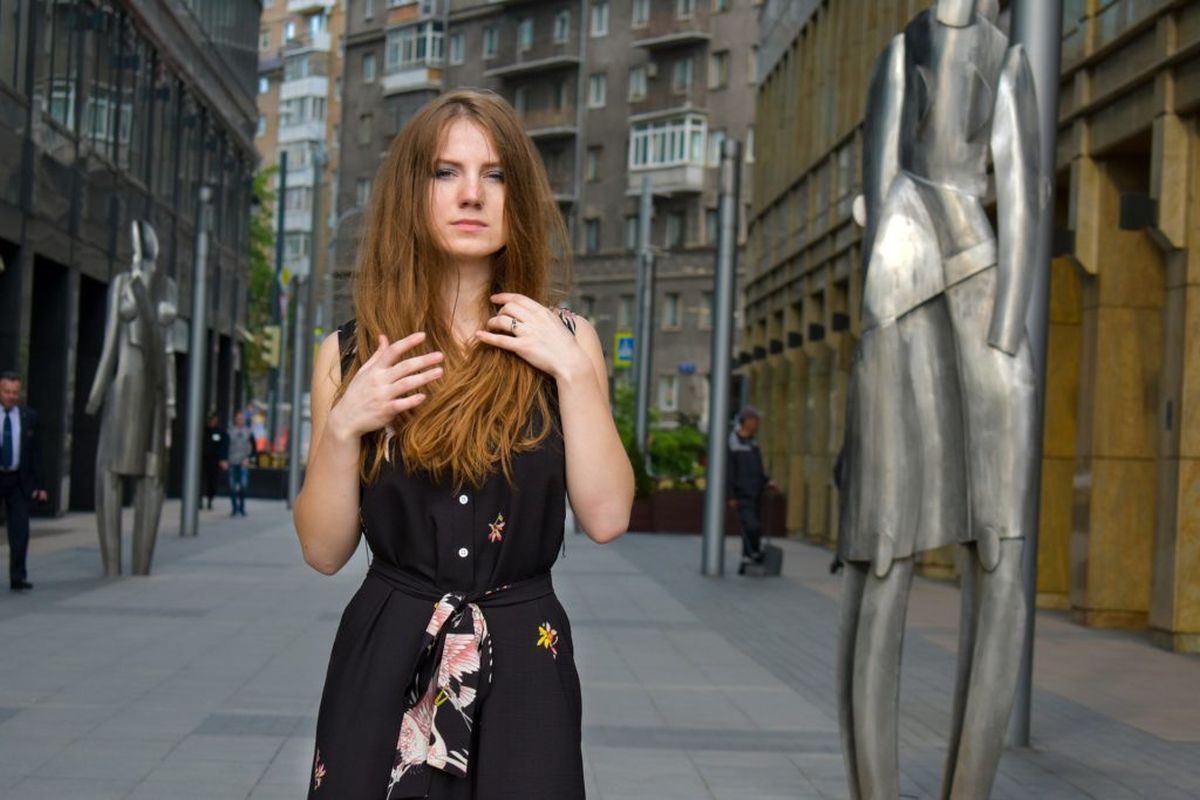 Dating Siberian women is not that different than dating Russians in general. Why?

Well, maybe because 77% of Russia is Siberia. But there are still some subtleties. Whether this is your first time dating an Eastern European, or you’re a Slavic girl dating veteran looking to expand his horizons beyond Europe, I hope this article will help you out.

In today’s guide to women from or in Siberia, we’re going to learn the following:

But first, let’s make sure that you are actually ready to find your lady from the Siberia region…

How to meet Siberian women

Even if you plan to go up North and face the cold, it’s still much better to simply go the online way. This is how the ladies do it anyway, and I have the best place for you to find them: Russian Cupid.

This is a niche website dedicated to – as the name suggests – meeting people in or from Russia. The best part here is that this is a premium service.

In other words, it’s not filled with time wasters, scammers or fake profiles. Instead, you will find only Russian ladies that are actively looking to start a relationship. And they are usually really open to meeting foreigners, too – so another bonus.

Not to mention the fact that since it’s a premium service, you won’t have as many men to compete against for attention as you would in a free app. In other words, no matter how you put it, this is the best way for you to meet women from Siberia, even before setting foot in the region.

Some Siberians outright hate the West and especially Americans. They blame globalization for the loss of traditional values. Guys and girls alike are prone to saying stuff like:

Casual remarks like these could get you fired in the US. In Siberia, it’s how many people think.

This means that dating in Siberia is very different from what you can expect in the West. (of course, there are always exceptions and things seem to be changing slowly)

But despite these traditionalist values, there’s an important thing to have in mind about this region…

There Are Not Enough Men in Siberia

Siberia is very sparsely populated. It’s over 70% of Russia’s territory, but less than half of the country’s population calls it home. You don’t really feel that in large cities but it’s very obvious once you’re on the road.

If people as a whole are few in Siberia, men, and good, eligible men, are even more scarce. The poor male-to-female ratio in Russia dates back to World War II when over more than 20,000,000 people, both civilian and military, perished. Most of them were soldiers – a.k.a. male.

Siberian guys have so many options that the good ones get spoiled. If you’re one of the good guys, you will be spoiled too!

Virtually every club in Siberia has more women than men and it’s easy to see the ratios on the (cold) streets.

As a result, girls invest enormous amounts of time, energy, and money into looking good. They usually end up with a guy that’s far below them, at least looks-wise.

But often, it’s not just the looks. Russian men are prone to alcohol abuse. So much so, that on average they die 10 years younger than they otherwise would (read more about this here).

There is a real craving for an attentive, reliable, and sober future husband.

Traditional culture pushes girls to get married young – and this is mostly the case with Russian culture as well. The “appropriate marrying age” has gone up but it’s still around 25-27. Most girls start looking for a serious partner way before that.

The 20s are seen as your selfish years, the time to explore what you want – in terms of career, relationships, and intimate relationships. In Siberia, most women already know what they want.

They want a stable relationship that is going towards a marriage. Siberian women want to have their first child in their 20s, and ideally the second one, too.

At the same time, they wouldn’t rush into a relationship if they aren’t 100% sure the guy can provide for a future family. It all makes it quite tough for Siberian women to meet Mr. Right.

So Siberians Would Be Head Over Heels For You, Right?

While a lot of Siberian women consider dating Western men, some flinch at the very idea. Leaving your home behind, especially to a completely different culture isn’t easy. Western (and especially American) traditions are slightly disliked, too.

I’ve literally heard Siberian girls say, “I hate Americans”. Not all think like this, of course. But some, yes.

It all ends up with what kind of a person you are. If you are what they are searching for: a down to earth man that knows how to treat her, is family/relationship-oriented and ideally doesn’t drink (too much, at least), things look good.

If you happen to be prettier than most, know how to dress and make a bit more money than the average, then you get bonus points. Still, Siberian women are not that much attracted by rich dudes who spoil them (although it won’t hurt either). They do look at the personality of the man in question.

In other words, if you’re a good guy, you have better chances than most with a lady from Siberia.

Don’t forget, the best place to meet them online is Russian Cupid – make sure to create your account right away.

The Three Questions You Should Ask

They say great relationships are based on honesty. Whether you met your Siberian crush online, or in the real world, there are some things you should clear out right off the bat.

Without making it sound too much like a job interview, you’ve got to know her 5-year plan. Of course, you can’t tell if you’re going to marry someone on the first date.

You can, however, know what their general vision is. While most Siberian women are looking for a serious relationship, it never hurts to ask.

This is the second most important question. Does she want to have children and if so – when and how many?

Nobody has an exact answer to that. The point is, once again, to evaluate the sort of timeline she has in mind and how you fit into that.

Deciding to remain childless is a perfectly valid choice for both you and her. What leads to conflicts, though, is when your opinions don’t match.

Generally, Siberian women are family-oriented and they do want to have kids. If you don’t, let her know from the very beginning.

This way, you won’t be stuck in a situation where you both love each other and want to be together but that would mean a huge sacrifice for one of you.

What Is Your Life Plan?

You don’t have to word it like this. Basically, some Siberian girls would rather stay at home and take care of their future kids. Others would rather keep their careers.

If she’s a student or fresh out of uni, she might not have an exact plan.

That’s fine, who does?

But you’ve got to know what financial commitment you’re making. Traditionally, the guy should be the provider. T

hat’s how most Siberian women see it. However, there is a huge difference between the aspiring trophy wife and the girl who prioritizes family but still has interests of her own.

Most people imagine Siberia as some freezing cold, post-Soviet wasteland. You could not be further from the truth. Here are three myths busted, to help you see a clearer picture:

Siberia is very large and the climate varies. Except for it’s northernmost parts, the rest of the region is far from a land of a constant frost.

If you come from a southern country, you might find Siberian winters a bit tough. They are, however, not any different from Scandinavian or even North Germany winters. However, generally speaking, it is indeed colder in Siberia.

Myth: Everyone’s Poor And An Alcoholic

Yes, Russians love their vodka. And yes, Siberia is not as well-developed as other parts of Russia. Finally, yes, alcoholism and drug abuse are especially problematic in smaller towns and cities, where young people don’t have that many opportunities.

Siberia has always been an important industrial backbone for Russia’s economy.  Irkutsk was an aircraft manufacturing hub during Soviet times.

In Novosibirsk, they produced everything from agricultural machinery to nuclear fuel. Today, the city is ranked third most attractive to businesses in the country.

While parts of Siberia are still underdeveloped, the quality of life is improving vastly. And, as for the vodka, my only advice is you can’t outdrink a Siberian. It might not be alcoholism to them, but if you drank the same amounts, you wouldn’t even last a year.

Because Siberian girls often have some Asian or mixed blood, they don’t look typically Russian. The gene pool is very varied.

That doesn’t mean Siberians are ugly. If anything, you’d find some of the most beautiful Russian girls here.

You will find fewer “Moscow 10s” in Siberia, but 7/8’s are quite common. As for the fat thing – some Siberian women are curvier. Mostly, though, it’s all the layers they wear in winter.

Siberian Women: What Do You Have To Say?

And there you have our guide on dating Siberian girls. Do you have anything to add or maybe any objections? Let us all know in the comments section below. The more experience we have, the better and clearer the picture will be.